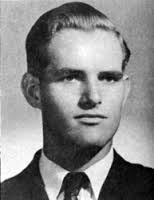 Try as he will, no man breaks wholly loose
From his first love, no matter who she be.
Oh, was there ever sailor free to choose,
That didn’t settle somewhere near the sea?

Myself, it don’t excite me nor amuse
To watch a pack o’ shipping on the sea;
But I can understand my neighbour‘s views
From certain things which have occurred to me.

Men must keep touch with things they used to use
To earn their living, even when they are free;
And so come back upon the least excuse —
Same as the sailor settled near the sea.

He knows he’s never going on no cruise —
He knows he’s done and finished with the sea;
And yet he likes to feel she’s there to use —
If he should ask her — as she used to be.

Even though she cost him all he had to lose,
Even though she made him sick to hear or see,
Still, what she left of him will mostly choose
Her skirts to sit by. How comes such to be?

Parsons in pulpits, tax-payers in pews,
Kings on your thrones, you know as well as me,
We’ve only one virginity to lose,
And where we lost it there our hearts will be!

I left off saying in “My Memoir: Part 19-M — Esther LeBaron McDonald de Spencer — And More Perils of Polygamy” that once I was married into Bill’s polygamous household, I really needed my parent’s love, advice, and support. Was so lonely for my family. But I was not allowed to visit them.

This tripled the loneliness I felt as an adolescent newlywed married to a man I was so in love with who was usually not there in my life, and even less often in my bed. When Bill wasn’t with his other two wives, or someone else, he was with Uncle Ervil … or some other man?

Having more than one wife assures a polygamist his wives can’t usually know with whom or where he is when he’s not with them — just one advantage to polygamy — especially if the husband is a rover living a double life — like Bill was.

To make matters worse, it was as though Bill and Ervil were joined at the hip. If they weren’t together writing religious pamphlets, or on a “missionary trip,” or visiting, preaching to cult members and investigators, they found other “urgent” reasons to “get out of Dodge,” dodge the bullets, and be together — all in the name of “doing church business” and “building up the kingdom of God.”

Ervil was like one of Bill’s wives.* As I said, the two were attached at the hips “doing missionary work”* — sharing the same bed when out of town. And remember, these two polygamists were used to having sex at least once every night and possibly during the morning or daytime too, given their many wives (and boyfriends?). So I can only wonder what went on “undercover” when they were suddenly without their habitual sexual partners.

*”Doing missionary work” was the common catchphrase and smokescreen that covered up and justified everything in the cult. It made sinners look like saints in the eyes of “true believers.” (But I know now to not believe everything I see or am told!)

Excellent expose by renowned speaker and Author of “Combatting Cult Mind Control,” and leader in recognizing brainwashing tactics — and much more!